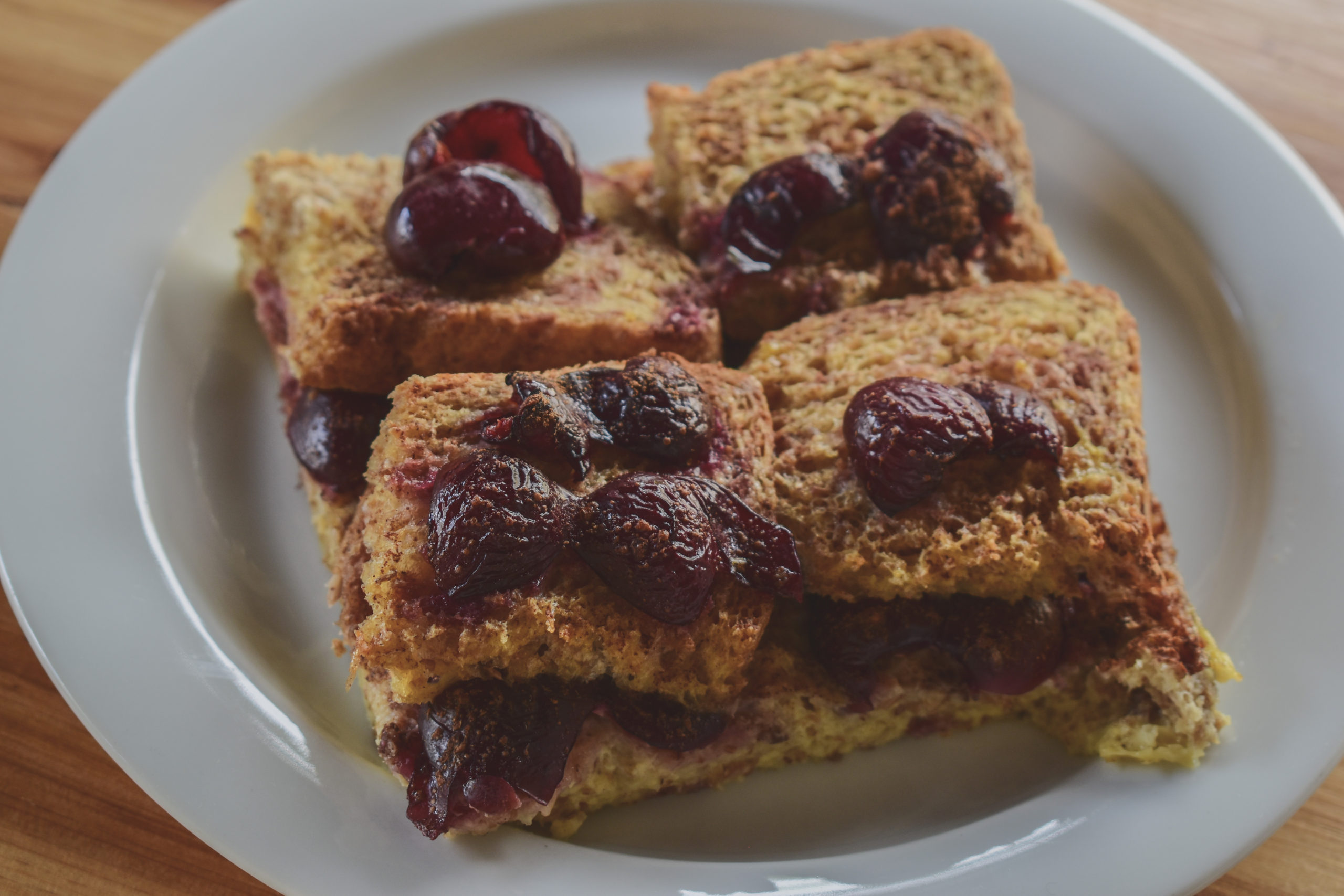 Here you have my version of an english classical recipe, to prepare fastly and ,as always, with simple and cheap ingredients. It is also a good no waste recipe for remaining old bread.

A bowl, a whisk, a cup, silicon stamps, a butter knife, a baking tray

Slices of old or fresh bread: 2

Milk: half a cup

Cherries, without seeds and cut in half: a dozen

I cut each slice of bread in 4 squares and buttered them.

I reheated the milk in the microwave or in a little pot and beat it with the whisk together with egg and sugar.

I put a square of bread in every stamp, added some cinnamon, few fruits and continued like that until I finished all the ingredients.

I poured the mix of milk and eggs in the baking tray and cooked the bread pudding for 30 minutes.

I served lukewarm with cinnamon and vanilla sugar. 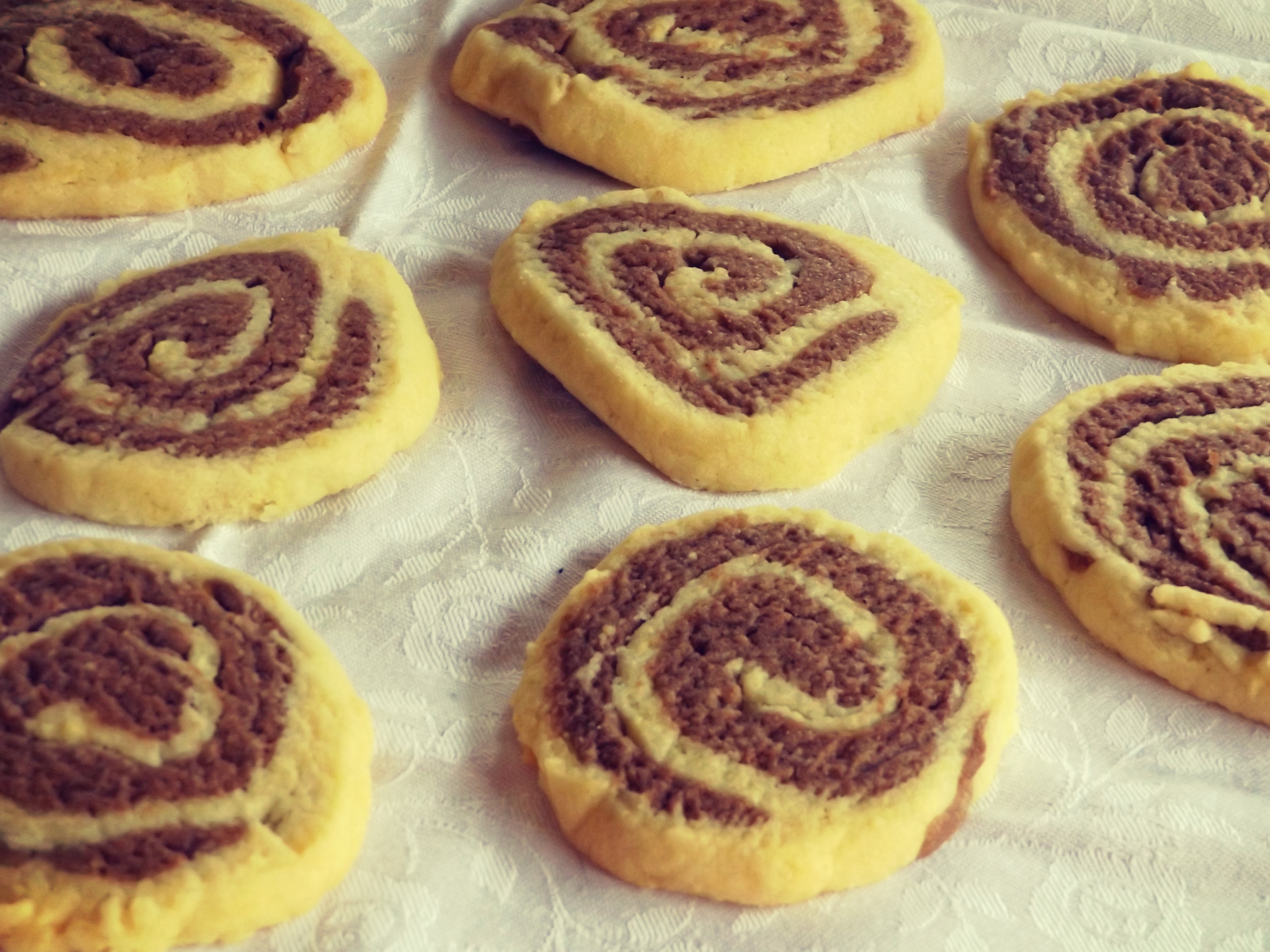 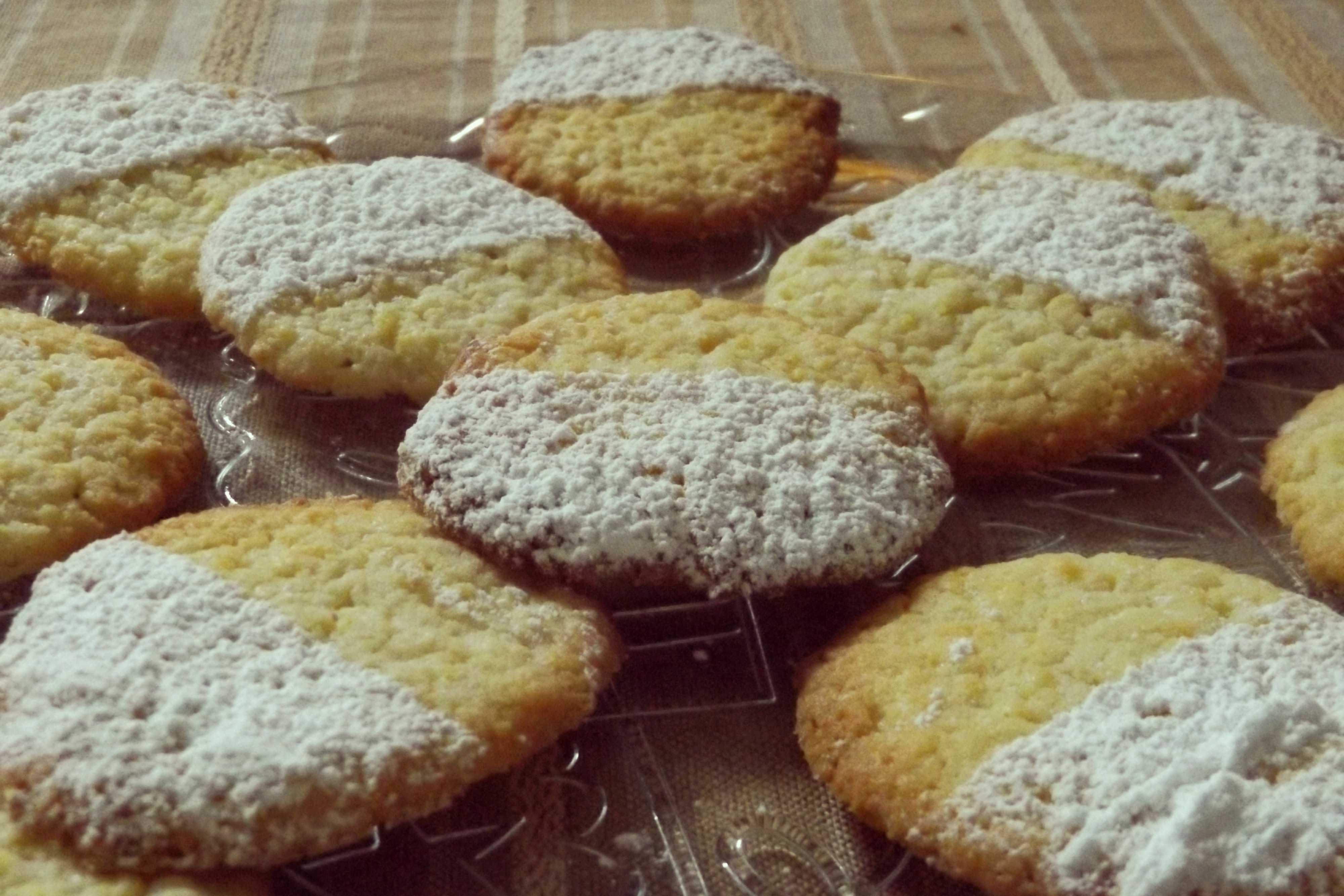 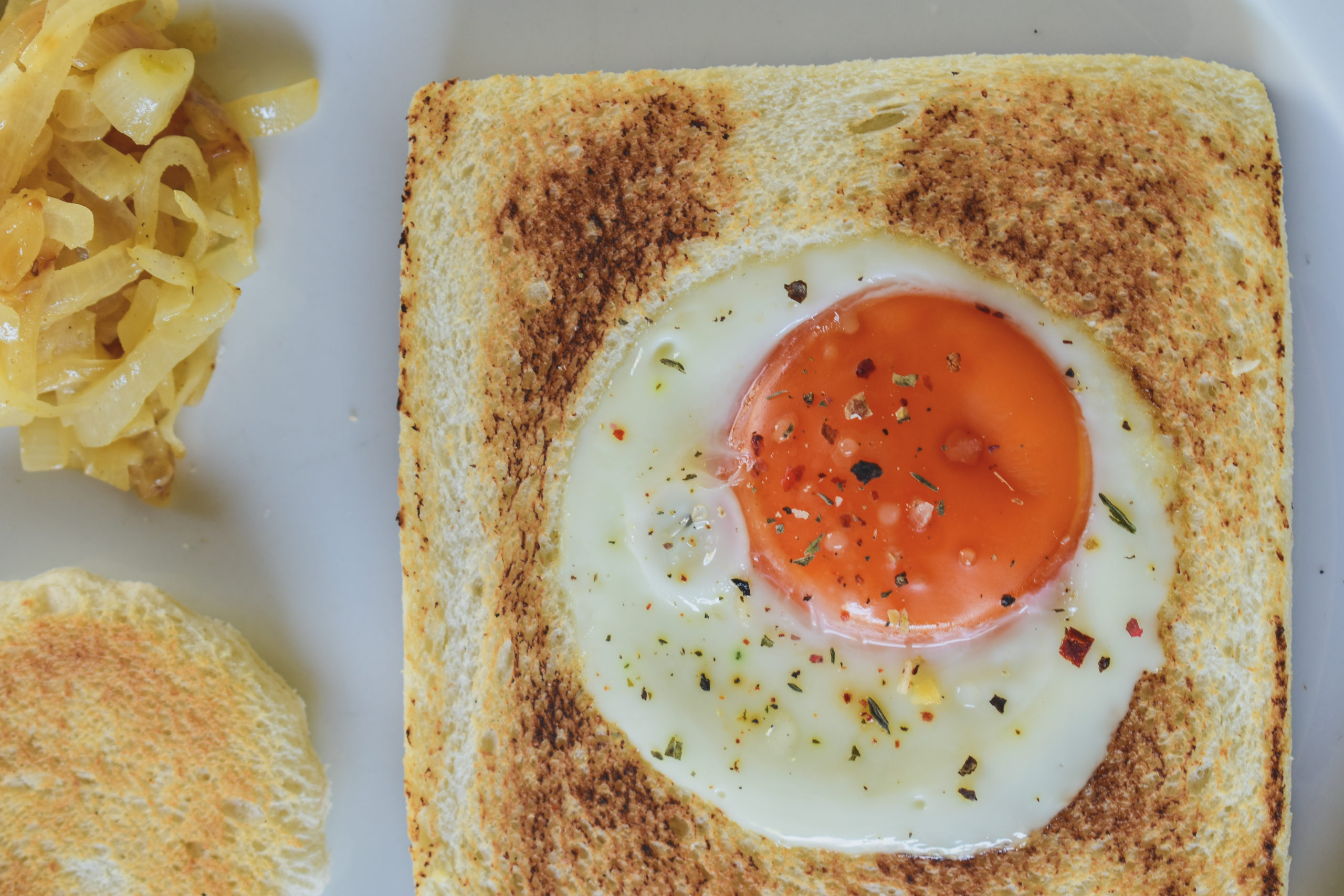 Eggs in a hole (with mustard onion)