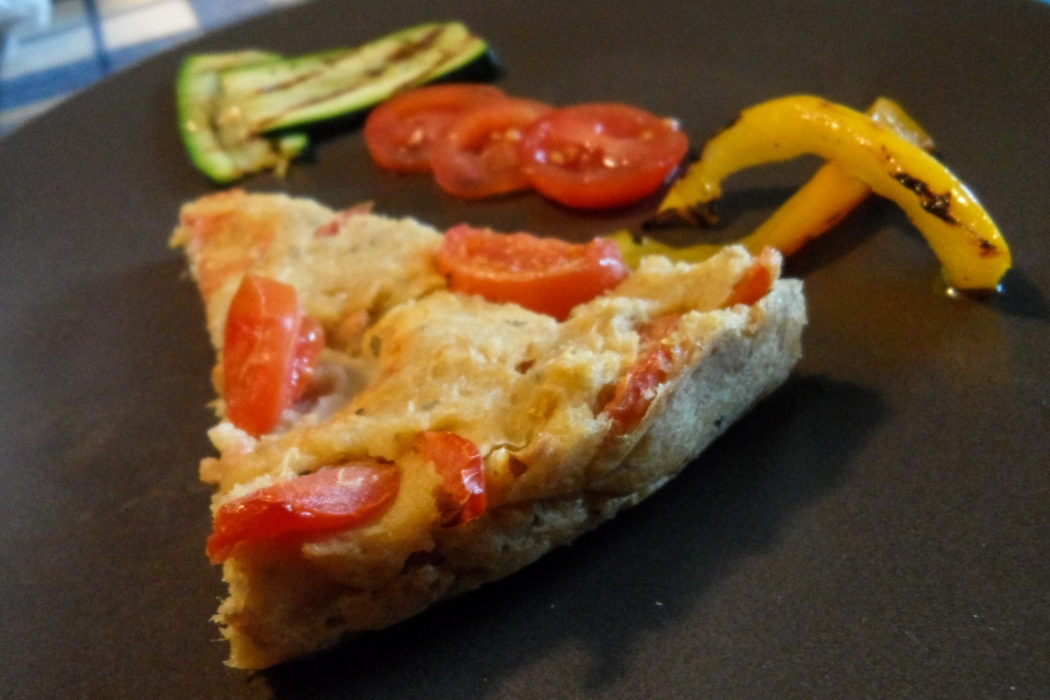 A very tasty savory pie, cheap and perfect as a no-waste recipe to use some bread leftovers or old bread. The basic recipe is made only by 3 ingredients: bread, milk and eggs. I decided to use some tuna in can without olive oil and some cherry tomatoes, but one can always substitute these ingredients with everything one has in the mind or that one has in the fridge (cooked vegetables, salami, cheese and so on).

a 20 cm large cake mould, a sheet of oven paper, a large bowl, a knife, a spoon

1 little can of tuna

Milk: one and a half glass

I put the bread in the milk and when it was soft I started to knead with the hands.

I added egg, parsley, salt and pepper and continued to knead.

I mixed also the tuna (dried and finely break) and the cherry tomatoes cut in slices.

I put the oven paper in the cake mould, poured the dough and let it cook in the oven at medium-high heat for about 30 minutes.

I let it cool a little before to serve cut in slices with some fresh tomatoes and grilled zucchini and yellow pepper.

I made this classic greek recipe a little more italian by sobstituting the mint with the oregano, using the Tropea onion and adding few…