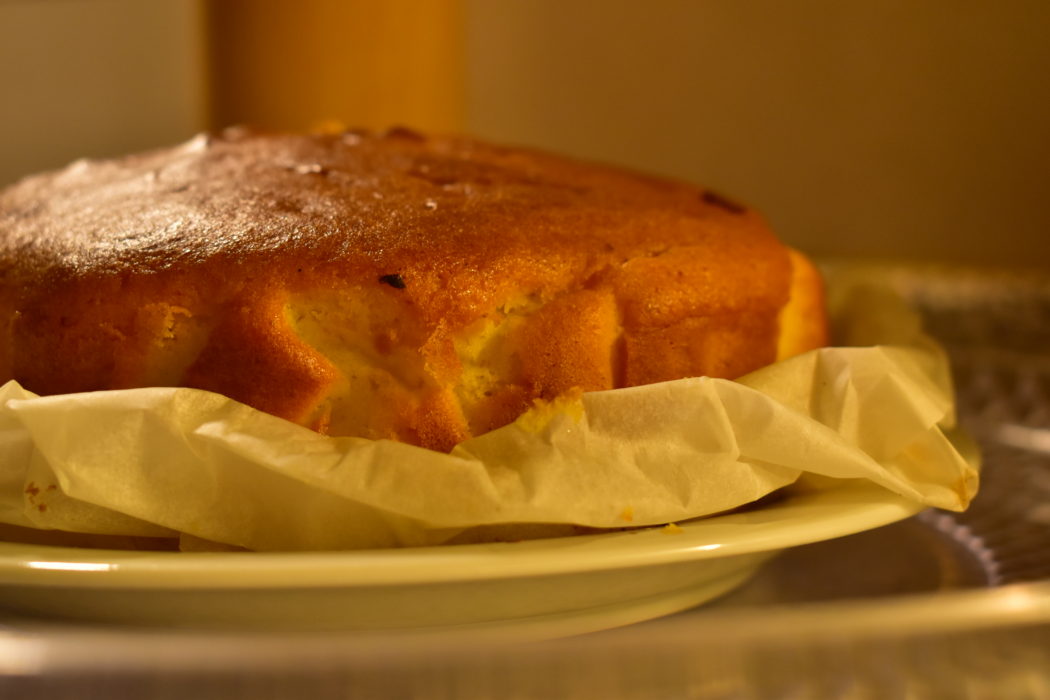 A simple, healthy and soft cake. The oil is used instead of the butter and the presence of orange juice makes the cake very soft. I put a part of it in the freezer already cut in cubes and I let it defreeze in the fridge to eat it at room temperature and it was soft as when I just did it” Try to believe!

an electric whisk, a large bowl

Baking soda: half a teaspoon

I beated the yolks with sugar. I added the yoghurt with the spoon, the vanilla extract and oil. I mixed well.

I added flour, baking powder and baking soda, sifted together.

Then, I added orange juice and mixed.

I added slowly the egg whites so not to ruin their compactness.

In the mould covered with baking paper I poured the dough and cooked it in the oven at 180 °C for 30/40 minutes, until brownish on the surface.

I let it cool and served.

This is a recipe I use when I have to recover some boiled rice without sauce. It is very light and good for people…