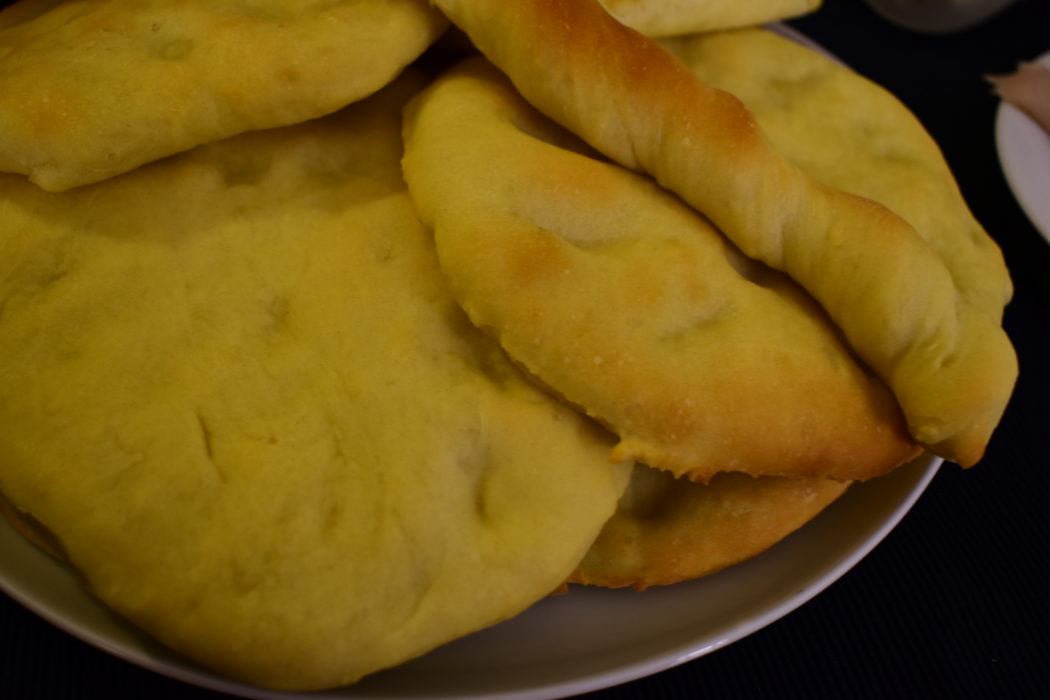 Super soft mini focaccias that I prepared for a dinner with the family, they melt in the mouth and they are delicious both alone or filled with whatever or spreaded with cheese… with the remaining dough I prepared some soft bread sticks that everybody loved just as much as the mini focaccias.

about 3 hours and a half in total

a silicon brush, sheets of oven paper, baking trays, plastic wrap, a first-course dish, a pastry board, a large bowl, a rag

I put milk, water and sugar in the pot and I reheated at slow fire, mixing until the sugar is melted. I turned off the fire and added the yeast, mixing until it is melted.

In the bowl, I mixed the two flours and salt. I added the mixture of milk, water, sugar and yeast and finally I put the oil in it.

I well kneaded with the hands for a dozen of minutes and I let it grow with the wrap and the rag until it doubled (it took about 1 hour).

I took again the dough, I stretched it without pressing too much with the rolling pin on the pastry board slightly flouered.

I covered with the wrap and I let them grow for one hour more / one hour and a half.

I turned on the oven at 175°C and when it was hot I cooked for about 20 minutes, until the focaccias started to brown on the surface.

I turned off the oven and until they were still hot I spreaded some water with the silicon brush on the surface of them( also on the bread sticks).

I waited for them to cool and I served with cold cuts, pickles, cheese and fresh/cooked vegetables. Also lukewarm, especially the bread sticks, they are delicious!

Here there is another classic of the Muffins’ world: simple cocoa Muffins, good for everybody. Time of cooking 30 minutes Servings 7 muffins What…